“…When you realize nothing is lacking, the whole world belongs to you.” Lao-Tzu

Maybe when you get to a certain age, it isn’t possible to choose to look at what you have instead of what you don’t have. I don’t think I am at that age, so I won’t pass judgement. My mother was at that age when she was my age though; and so was her mother. All of these years she has focused on what was lacking. At least, that is what my memory of her holds.

As we sat down for dinner tonight, I looked out the window for the first time since this morning—having been away all day—when fog hid everything beyond the panes, and gasped at the presence of the mountain. She has been veiled behind the overcast skies and last weekend’s heaviest September rainfall in history, for several days; preparing, it would seem now, for the ball. She has a beautiful new snow-white gown and the setting sun had her in its golden spotlight. Breathtaking.

I didn’t tell Mama to look; I am well aware of her limitations. Instead I described the spectacle to her. She turned her head to the east and quickly back to her plate and the business at hand. She said, “I can’t see it.”

Her way-too-familiar words snatched the breath out of me. Why, I thought, not without rancor, can’t she say: “I can imagine it!” or, “It sounds beautiful.” or “Thank you for sharing it with me.” She has lived here for 53 years and taken hundreds of pictures of Mt. St. Helens at the end of the valley in all kinds of light. She knows what it looks like; she just needs to be told so she can pull it from her very good memory and visualize it. But no; she chooses time after time to remind herself of what is lacking. She says it aloud so she and everyone else can hear the echo. And she gives her world away piece by piece every time she puts voice to those words.

It makes me so sad. 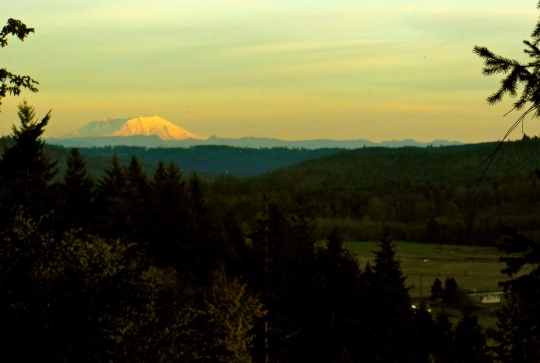 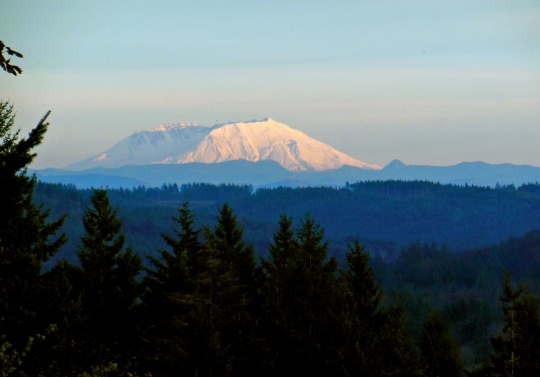 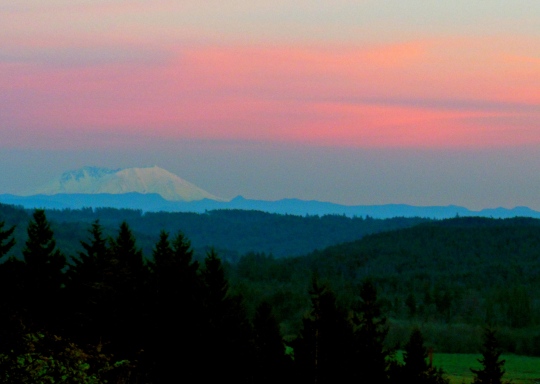