What do you do after your 100th birthday party? We all thought Mama would be exhausted after the long weekend. Some of us even thought it would permanently take something out of her, like each hospital trauma does. Or each time I move something and she can’t find it. “It’s too much,” she told me numerous times. She couched it as too much for my sisters and me to be doing, but we all know her well enough to understand that what she really meant was that it was too much for her.

There was the 100th birthday party on Saturday with something pushing 125 guests, each one of whom she spoke to; and a speech she’s been practicing and stressing over for weeks that turned out perfectly and included things she’d not included before; 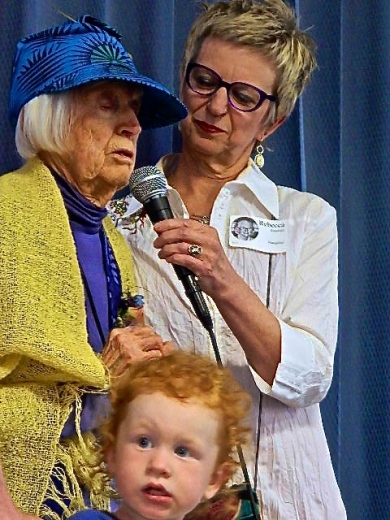 and the long-promised motorcycle ride with her friend who has rid the house of pests for many years—or told her there aren’t any. And the great-grandchildren. 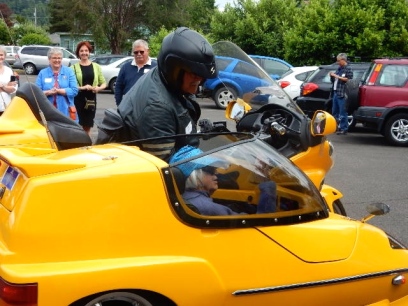 The day after the day there was the family reunion with 30 people at the house who aren’t usually here; it was so great to see my cousins and some of their offspring. That afternoon the Friends of Seminary Hill Natural Area dedicated the new shelter to her in a lovely ceremony, with a second speech that was little like what she’d been practicing, and beautiful and flawless. I am so proud of her. 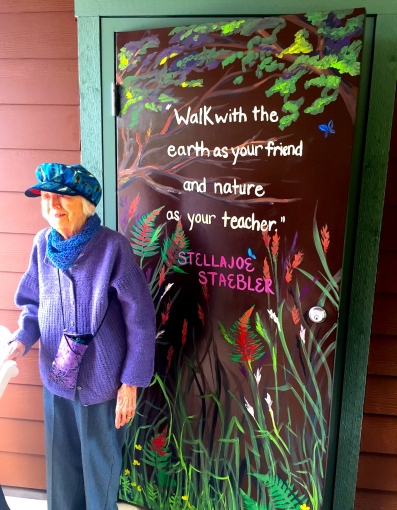 And my North Carolina son and family—including the adorable and rambunctious Ninja 4-year-old—were here for an additional four days. 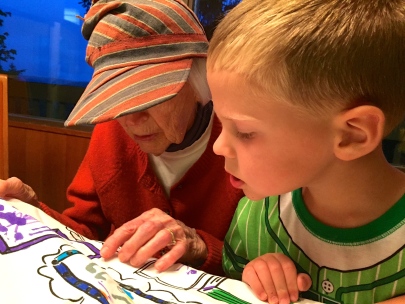 I haven’t seen her so energized, happy, and agreeable in years. She enjoyed her party and voiced no worries (about germs) or complaints (of fatigue or a sore right hand from all that shaking, or ear issues from all those people shouting next to her hearing aid). She bopped around the house without her walker, ate and slept well, was cheerful all the time. Her morning caregiver said, “She’s been so kind!” There were even some handwriting samples that lost the spidery, nearly illegible shakiness and looked close to her handwriting of old. What’s up with that? When is she going to crash we wondered.

My life has taken a different form for the past few months: searching out addresses for the guest list, cleaning up the property—both the wild places and the domestic—planting flowers, looking for photographs representing a long life and scanning and mounting over 100 of them, planning meals for house guests, keeping Mama’s anxiety at bay (and my own). I’ve missed yoga the past three weeks and hardly written a word. Except for a gorgeous day at the beach with my two oldest grandsons and their parentals, I haven’t been on a single explore since…I don’t know since when.

Now I have hundreds of photos (dang, those grands are cute) to download and choose keepers from and my computer’s start-up disk is full, again. People want copies of all the photos I scanned. I need to put them on a disk and make copies. Not one of my skills. There’s the refrigerator to clean out and return to the inefficient organization Mama recognizes. And all the clutter I removed to put back. I wonder how long it will be before she realizes it’s missing. Maybe I’ll hold off. I give it three days. There are dozens of cards to read to her, many of them poignant—particularly from my peers who were in her Girl Scout troop telling her how she formed their lives—bringing tears to us both. 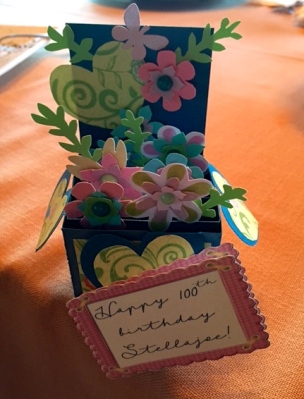 On Thursday my family went back to North Carolina, via Seattle, and Mama is back to just me. And I am back to just her. (We both function better with different energy around.) By afternoon I had returned to wondering what to fix for dinner that she would eat.

The answer to “when is she going to crash?” came at T plus seven hours. The grands and great-grands left before lunch and while I was cooking dinner, she dragged into the kitchen hunched over her walker and barraged me with instructions:

As we finished dinner she informed me that the chard from my garden was overcooked, and the peas had too much salt.

Friday I made appointments with her primary care physician for a wellness check, with the dentist for a cleaning, and with the dermatologist for something we will do nothing about even if it is something. Our caregiver said Mama was back to normal with her too. When M told her she didn’t remember a conversation and instruction about Boost and Gatorade quite as Mama did (and that in reality, M said, never happened at all), Mama said, “I’m not surprised you don’t remember. You are very forgetful.”

Friday morning she asked where the two bags that live under the kitchen table were. Three days would have been a gift.

This morning when I went upstairs to greet her as she was finishing her breakfast and before I had mine, she immediately rattled off six negative things, including that she’d spent two hours in the bathroom before 7:30 (perhaps an exaggeration?). “Did anything good happen yet this morning?” I broke in, cutting off the next complaint. “I finally got out of the bathroom,” she said.

Party’s over. Welcome back, Mama. I’m going camping for my birthday. Alone. See you on the other side. 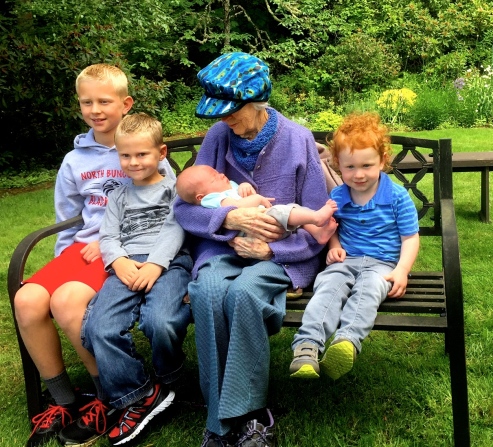